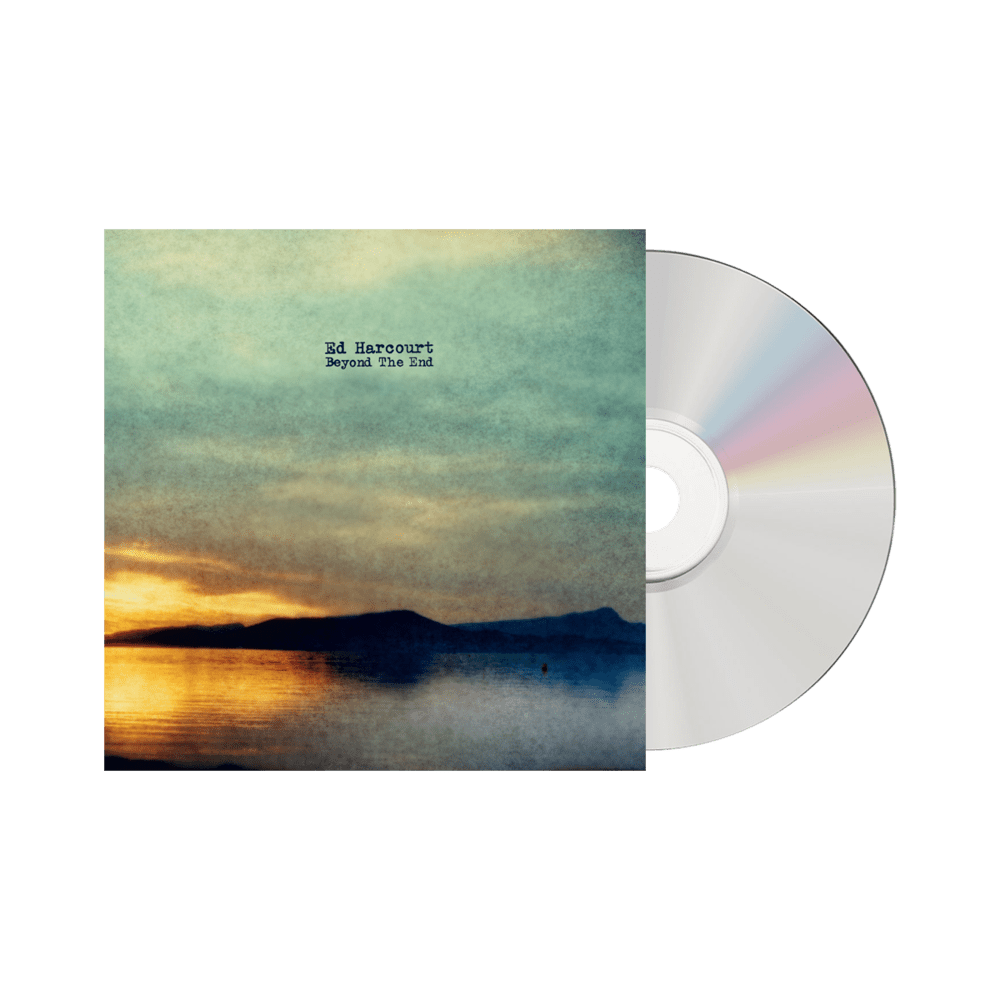 Beyond The End CD Album

The album, which follows Furnaces, his 2016 album for Polydor, sees Ed Harcourt add another new string to his multi-faceted musical bow. Something of a left-turn after its busy, big-screen, somewhat under-appreciated predecessor, it sees the supremely versatile singer, writer and instrumentalist bravely eschew vocals and lyrics and create a soft-spoken yet emotionally loquacious group of piano-led instrumentals, as if sound-tracking an as yet invisible film, or responding to today’s ferocious shouting match of a planet with a mesmerizing, meditative calm. “The world that we live in, we’re exhausted by the internet, social media, the sheer barrage of news and vomit being rained down us on a daily basis. You can’t avoid it, and it’s tiring. So this record came from taking a step back – it’s something that’s trying to be beautiful. My hope is that people might choose to swim amongst this music when it all gets too much.”
Talking about the gestation of the album, which was written and recorded at his ‘Wolf Cabin’ studio in Oxfordshire Harcourt said, “I knew I wanted to buy a new piano. I found this 1910 Hopkinson Baby Grand, which is exactly the same make and era as my grandmother’s piano which I started learning on and wrote my first three records on. I felt at home again. I needed a break from singing and lyrics so I began writing instrumental music. I grew up listening to and playing Debussy, Satie, Mozart, Grieg, as well as modern composers like Max Richter, Philip Glass, Arvo Part. I also loved Warren Ellis (with whom Harcourt worked on the new Marianne Faithfull album) and Nick Cave’s score for The Assassination Of Jesse James…
“So from around February I’d get up on the cold mornings, have a coffee after the kids had gone to school, then come in here, shut the door, just play…with the snow coming down outside the window. When I found something I thought worked, I’d play it over and over again…”